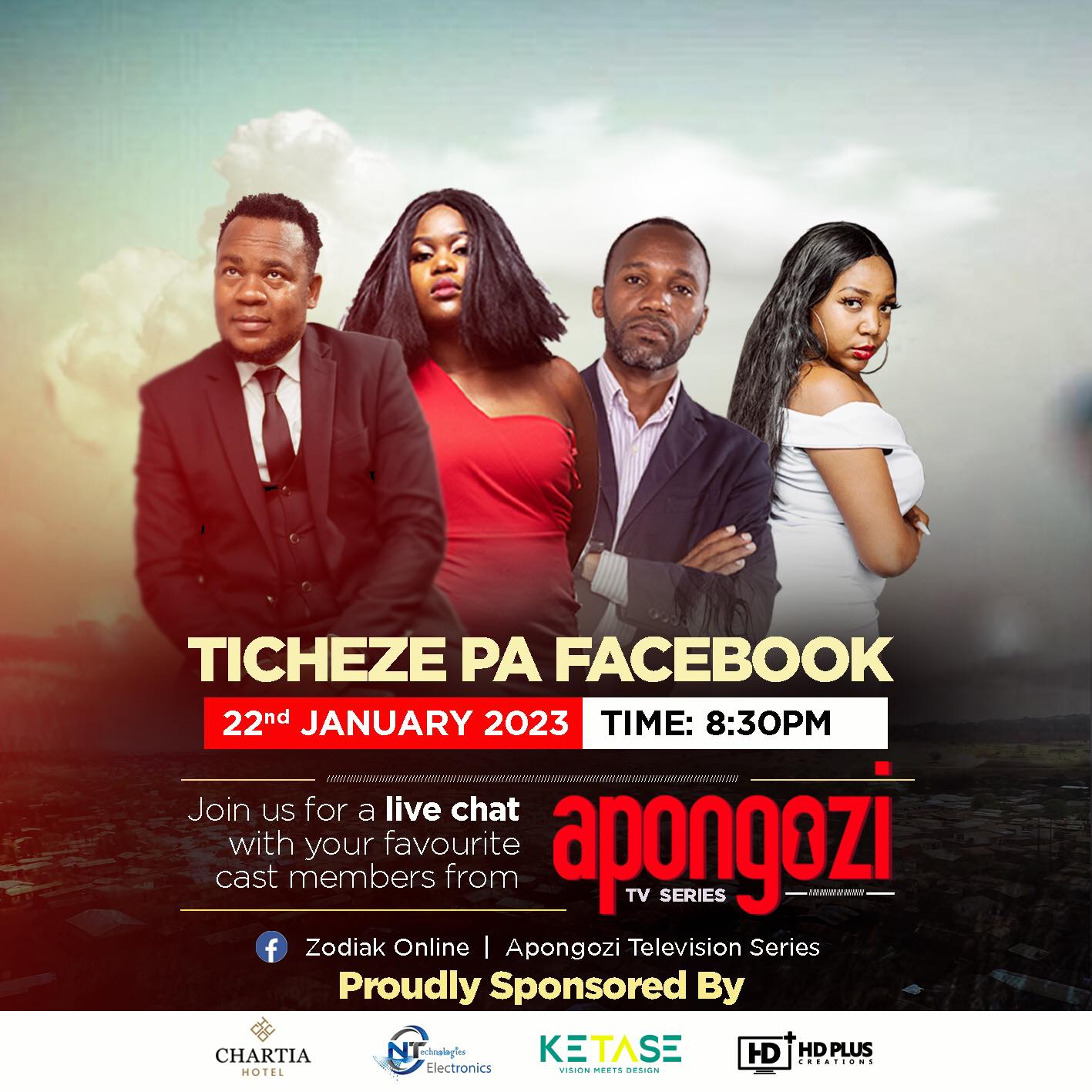 Imagine owning a piece of land, only for your son in-law to use it as collateral for a loan, that is the fate that befell Mrs Kawaza, played by the late Mariah Chidzanja-Nkhoma in the Apongozi tv series, a story of a modern Chikamwini community.

Our stirring series has been the most watched Malawian TV series, that it has been acclaimed by its viewers and lovers of local content who are following it on Zodiak TV and Zodiak Online. On the live facebook chat will be Tionge Banda (Tendai), McPherson Chatama (Yusuf), Esther Bonyonga (Chileshe) and Brazio Mathias (Innocent).

Many have praised the incredible performances of the cast saying they’ve done a breath-taking job in giving the characters life. Following the incredible interest in the series and cast, Apongozi will host a live chat on the Facebook page on Sunday 22nd, January 2023, giving a chance for the audience to interact and know more about their favorite characters/actors from the series.

MOYO HAPPY WITH THE FEEDBACK ABOUT APONGOZI