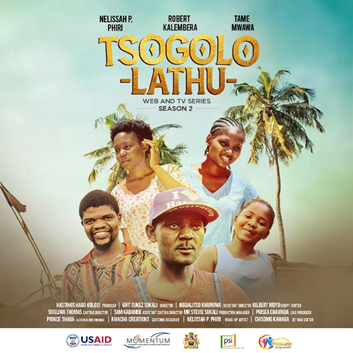 A Thrilling, Captivating and Entertaining Web and TV Series from PSI Malawi, coming to your screens soon. In a bid to maximize awareness of sexual reproductive health issues, PSI Malawi has engaged HD Plus Creations in the production of season 2 of the thrilling drama series. This is with the background that Tsogolo Langa conducted research to help them understand the Malawian youth and collected data from over 800 points and interacted with adolescents and youth, parents, community influencers and service providers. This was followed by a user-centred design workshop where Youth from eight districts were brought together with parents, providers, community leaders and other partners from the Ministry of Health and implementing partners to synthesize insights and develop prototypes. The prototypes were pre-tested in various districts.

Tsogolo Langa’s video series is designed to target boys and girls (15-19 years) with information that is packaged in an exciting manner for them, using humour and drama in series format. The videos depict typical scenarios and conversations that boys have in regards to sex and contraception.

To help bring life to the TV series, HDPlus Creations has re-engaged seasoned comedian Tame Mwawa popular known as Mnyanganya for the second season which sees him playing an important role that brings out the satire in the TV series. He was one of the outstanding characters in season one and he surely will not disappoint in season two.

Nelissa Phiri who plays Chikondi in the series played a supporting role in season one. She however rises to a leading role in season two, where she ably depicts her strong will as a young girl who does not give in to all misleading persuasions of her boyfriend Mavuto, a role played by upcoming actor Robert Kalemba, which rubber stamps her brevity as a role model to adolescent and young girls.

The web and TV series is set to premiere on PSI Malawi’s Youth Alert Facebook Page on Friday 1st April 2022 at 7:00 am. Tsogolo Langa is a program that is implemented by the Population Services International (PSI) Malawi with support from the Foreign Commonwealth and Development Office (FCDO). Part of the program is supported by the American people through the United States Agency for International Development (USAID) through the MOMENTUM private healthcare delivery (MPHD).

WATCH EPISODE ONE BELOW :